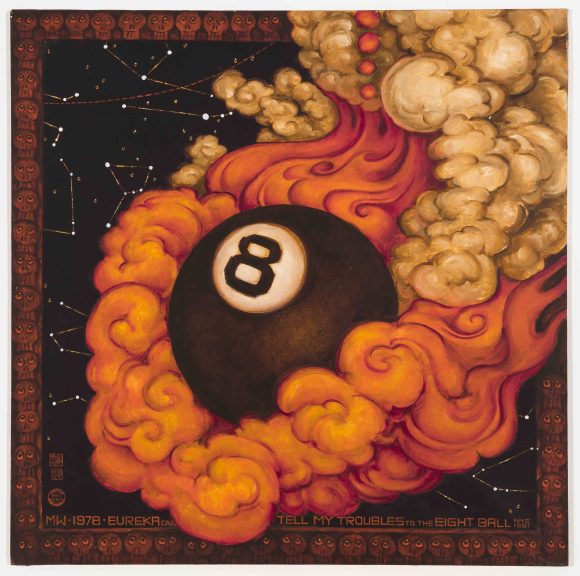 KW Institute for Contemporary Art is proud to present the first extensive European exhibition of the work of the US-Chinese artist Martin Wong (b. 1946, Portland, US, d. 1999, San Francisco, US).

Martin Wong is recognized for his depictions of social, sexual, and political scenographies from the US in the 1970s, 1980s, and 1990s. Poetically weaving together narratives of queer existence, marginal communities, and urban gentrification, Wong stands out as an important countercultural voice at odds with the art establishment’s reactionary discourse at the time. Heavily influenced by his immediate surroundings, the artist’s practice merges the visual languages of Chinese iconography, urban poetry, graffiti, carceral aesthetics, and sign language. His work offers rare insight into decisive periods of recent US American history as told through its changing urban landscapes, unfolding hidden desires, and complexities.

Martin Wong – Malicious Mischief presents a selection of over 100 of Wong’s works. It encompasses early paintings and sculptures made in the euphoric environments of San Francisco and Eureka, California, in the late 1960s and early 1970s; Wong’s iconic 1980s and 1990s paintings from his time as a citizen of a dilapidated New York City; lastly, his reminiscences on the imagery of Chinatowns on the East and West Coast, made prior to his premature death from an HIV/AIDS-related illness.

Martin Wong – Malicious Mischief is made possible through support from the Terra Foundation for American Art.

With the generous support of The Martin Wong Foundation, P.P.O.W, New York, KAWS, and Galerie Buchholz.

Media partners to the exhibition