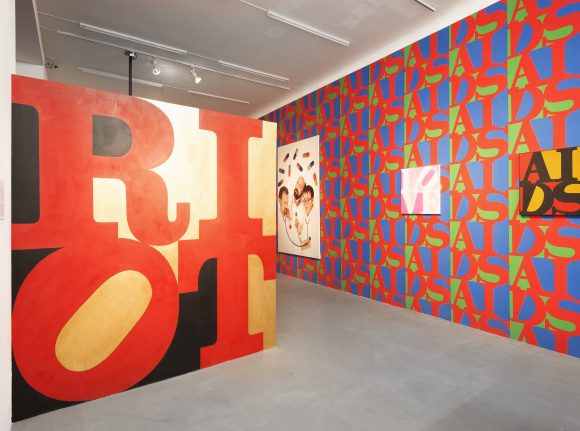 An important and extremely active protagonist of the Berlin art and culture scene with a very extensive international network, Frank Wagner worked at numerous institutions as a freelance curator. For his critically positioned exhibition projects, he worked with many artists, with whom he often shared more than just a working relationship. In KONTEXT(E) BERLIN those who knew him and accompanied him on his path talk about their work with Wagner, their perspectives on his curatorial practice, and the influence that his themes of interest and exhibition projects still have today – above and beyond the Berlin art context.

TIES, TALES AND TRACES. Dedicated to Frank Wagner, Independent Curator (1958–2016) is an exhibition by the KW Institute for Contemporary Art, curated by the RealismusStudio of the neue Gesellschaft für bildende Kunst (nGbK) in collaboration with Between Bridges. The RealismusStudio consists of Christin Lahr, Isabelle Meiffert, Ulrike Riebel, Vincent Schier, and Susanne Weiß. The complementary exhibition at the project space Between Bridges will be curated by Wolfgang Tillmans and Eugen Ivan Bergmann (February 1–March 16, 2019).

Followed by: Chats and Drinks at Stonewall-Inn, Bar