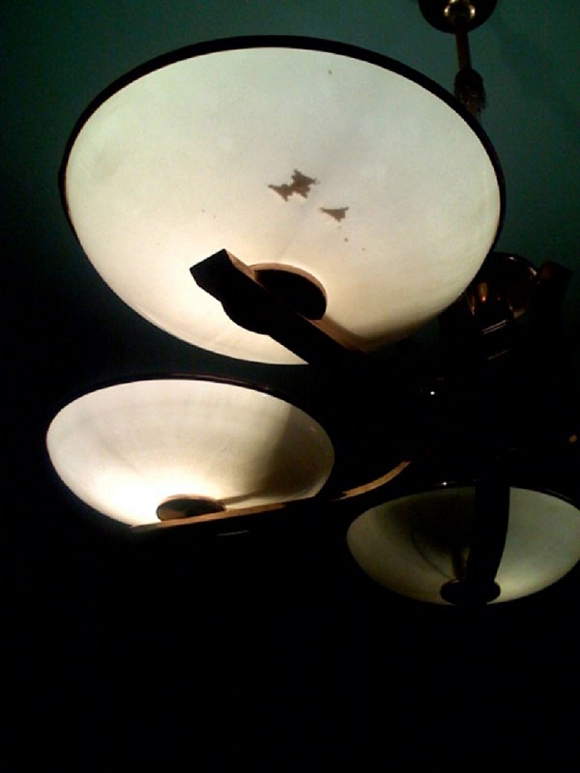 10,000 tons of steel towering for more than 300 meters into the sky yet still appearing light and fragile. With four legs based on marble feet the iron lady gradually thins out into an antenna. We owe one of the most famous edifices of modernity to the Swiss Maurice Koechlin. It was at his suggestion that Gustave Eiffel built this tower for the World Exhibition in Paris. Artists and writers like Guy de Maupassant strictly denounced the then highest building of the world. Roland Barthes tells the story of Maupassant dining in the restaurant of the tower simply to escape its omnipresence in the cityscape of Paris.

100 years after its originally planned demolition the Eiffel tower has become a universal sign. The artist Sarah Ortmeyer works with what Barthes called "unrestrained metaphor". As the seventh inhabitant of the Hotel Marienbad the artist examines the iconography of this site.

Sarah Ortmeyer (born 1980 in Frankfurt/Main) studied at the Staatliche Hochschule für Bildende Künste – Städelschule – Frankfurt/Main with Wolfgang Tillmans and Simon Starling between 2004 and 2008. She does not live in Paris anymore.

Situated in the front building of KW Institute for Contemporary Art in Berlin, Hotel Marienbad opens up possibilities beyond the white cube by offering a poetic space for highly diverse modes of presentation and performance formats. Eluding all attempts at defining it as either a private or a public space, it is both useful space and artistic platform. Whether they present an exhibition or host an evening event is up to the guests, who do not pay for bed and board in the usual way. Instead, the accepted currency are artistic interventions that subject the place to permanent change. Thus each guest leaves traces which combine to form part of a collective process that is reflected in the steadily rising figure of the room number.

Supported by the Friends of KW Institute for Contemporary Art.