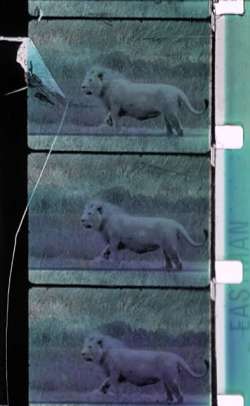 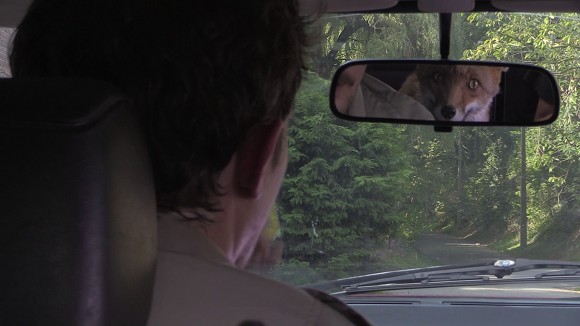 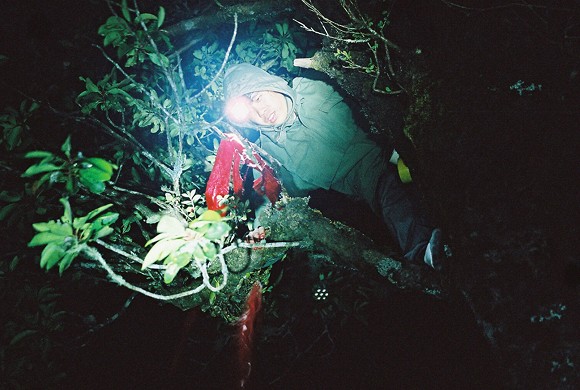 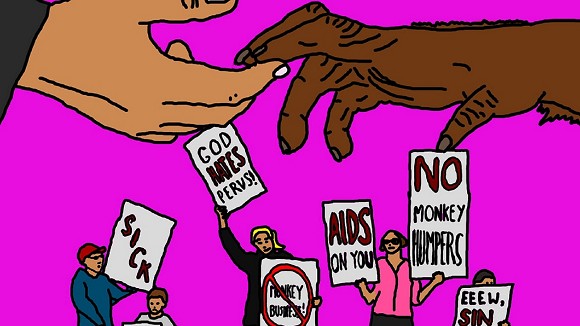 Various forms of interaction between human and nonhuman creatures are explored across this programme of four short films within Welcome to the Jungle, which evolves in a crescendo, turning the spectator into witnesses of the intensification of all sorts of gestures.

Les Bêtes Sauvages explores the utopian and dystopian states in which humans and animals meet – from Cécile Fontaine's visually striking yet disturbing use of safari footage, to Éléonore Saintagnan and Grégoire Motte's investigation of the transformation of animal history by human beings; Apichatpong Weerasethakul's nightmarish chase of a fabulous bird, and to Cooper Battersby's and Emily Vey Duke's intense love story between a primatologist and a bonobo.

1. To observe attentively and secretly (someone, an animal) – to spy a suspect person: spy – follow someone to spy them – trail, track, monitor – Animal that spies its prey – to keep an eye on – To be aware, alert.
2. Observe attentively... scrutinise... (from the French dictionary Le Nouveau Petit Robert).

In three short episodes closely associated, Éléonore Saintagnan and Grégoire Motte dig into the myths associated to the rose-ringed parakeets of Brussels, the journey done by smugglers crossing of the French-Belgian border with a fox, and the hippos of Pablo Escobar, observing how the history of these animals has been transformed, affected and re-written by human hands.

VAMPIRE is a night vision or a dreamlike journey—suspended, outlandish and uncanny at times—in search of Nok Phii, a strange mythical bird that feeds itself on the blood of other animals, and who lives or has lived, between Thailand and Burma.

Lesser Apes tells the story of a love affair between a primatologist, Farrah, and a female bonobo ape, Meema. Bonobos are the species with which humans share the most DNA, but unlike our species, they are matriarchal, live without conflict, and are unabashedly sexual. A paean to perversion, the film combines animation, live action and song to challenge attitudes about sex, language and our relationship to nature.