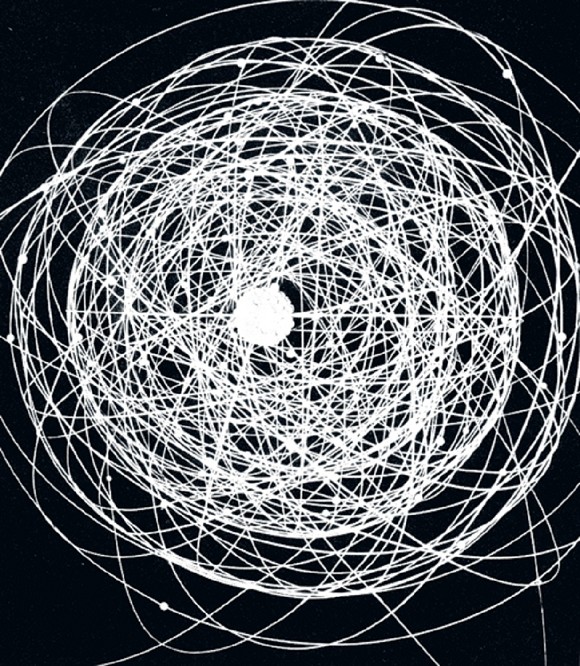 One Night Stand #02:
The Institut für Alles Mögliche opens up its temporary space "Kunst-Werke" in Berlin Mitte. The opening reception will be held by A trans and Galerie Kurt im Hirsch who will be presenting a night of contemporary artistic production that explores artistic research and analysis as a mode for expanding knowledge and aesthetics.
Throughout the evening, a variety of artistic approaches, methods, and their applications regarding different of artistic research are presented with screenings, performances, and interactive installations, inviting the audience to position itself within it. The newly opened space "Kunst-Werke" works as a social, historical and institutional framework for a discursive evening that explores the autonomy of artistic research when it negotiates objects, observations and definitions.

The Institut für Alles Mögliche is a network and an installation. It pierces through urban space taking over all kinds of places turning them into artistic studios and locations for happenings. Then again, it runs permanent spaces inviting guests and artists to squat, fill and transform them. The Institut für Alles Mögliche can be seen as an organism, an object of art in itself, that works as a catalyst for new projects, events and artistic practice.

A trans, founded in 2006, provides a platform for those who value artistic-architectonic visions and attentiveness towards social questions. Under one year's urban-oriented theme, collaborators are invited to conceptualize and realize projects that reach beyond individual disciplinary boundaries. A trans is as a hybrid: an art-space and an exhibition venue, and simultaneously a think tank for investigating new experimental tendencies that impact urban practices and identities.This conception of a non-profit-gallery has it's starting point at A Trans Pavilion in the Hackesche Höfe Berlin (2006-2011). Ever since 2012, A Trans has been On Tour popping up nomadically at different places and in a variety of manifestations in Berlin, as well as internationally.

Galerie Kurt im Hirsch is located inside the historical Hirschhöfe at Berlin, Prenzlauer Berg. It is run by a group of artists and art historians, supporting new and daring forms of artistic expression. Kurt im Hirsch's programming consists of temporary exhibitions with young Berlin-based as well as international artists. The gallery welcomes art in all media, but focuses on experimental and participational approaches.
Special thanks go to: Ellen Blumenstein, Tiny Domingos, Matthias Mayer, Verena Platzgummer, and all the members of the AG KW of the Network of Berlin Independent Project Spaces and Initiatives.

One Night Stand is a joint project by KW Institute for Contemporary Art and Network of Berlin Independent Project Spaces and Initiatives.