RSVP to pogobar@kw-berlin.de
In case of bad weather, the event will take place in the KW studio (front building). 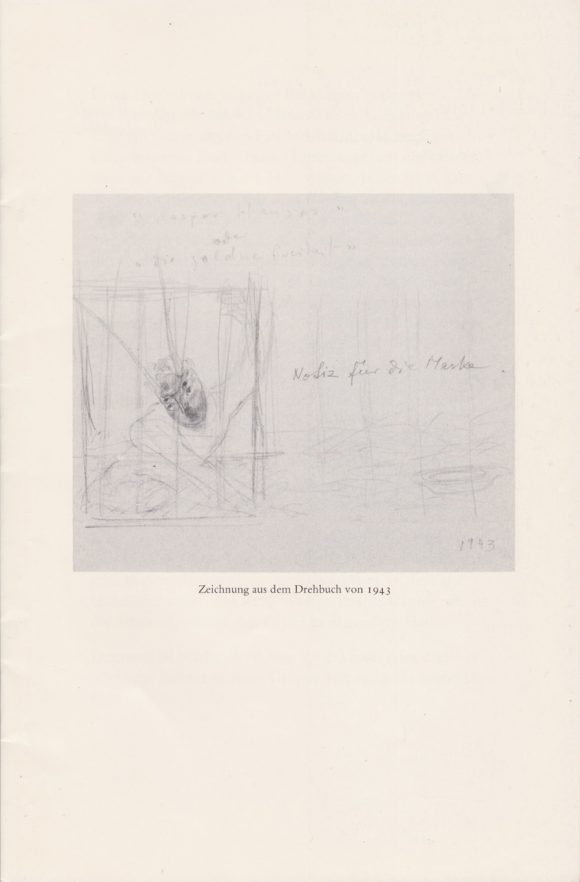 In 1942, Meret Oppenheim wrote Kaspar Hauser oder Die Goldene Freiheit, a template for a film script, in which she refers to the century-old myth. The relatively unknown script is set in absurd places, the narrative becomes a journey into identity: From a prisoner, Kaspar turns into a statue, a caterpillar, a youth, a lover, a robber, and finally a murder victim. Oppenheim’s text will be read and performed by the new travelling company bandwagon, together with the artists invited by Sina Manthey, in an attempt to create a new piece from a surreal script and images. The dramatic reading will be accompanied by a light installation and followed by a DJ-set.