Where meaning materializes
14 February – 1 May 16 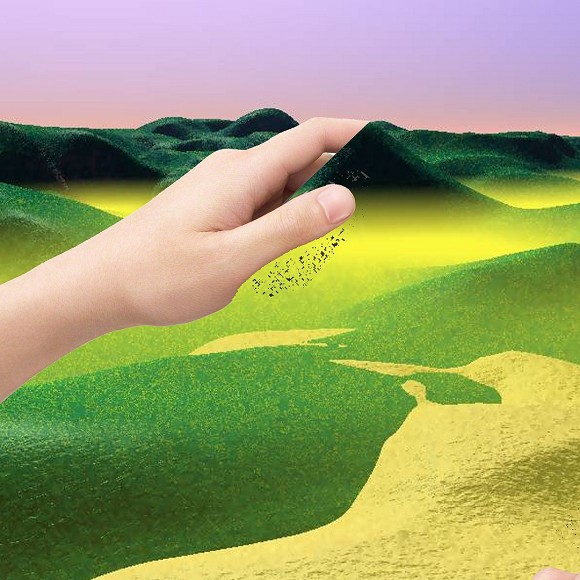 *In his terror of chaos, (man) begins by putting up an umbrella between himself and the everlasting chaos. Then he paints the underside of his umbrella like a firmament. Then he parades around, lives, and dies under his umbrella. Bequeathed to his descendants, the umbrella becomes a dome, a vault, and men at last begin to feel that something is wrong.*
D.H. Lawrence

Departing from the traditional coordinates of the occidental world-view, the exhibition Secret Surface asks where –  and more importantly, how –  meaning may materialize.

Through our permanent reference to a “beyond” (be it the horizon, the universe, or the ultimate “beyond” death), an opositition is set up in which these depths are regarded as the ordinary’s other, which provide direction to our existence, and which implicitly devalue the surface. People and things are considered superficial if they lack complexity and intensity. Secret Surface turns this logic upside down, and presents contemporary artworks that conceive of the surface as the location of experience itself, both in terms of subjectivity and towards the outer world.

Introductions to the group exhibition SECRET SURFACE. WHERE MEANING MATERIALIZES take place every Thursday at 6 pm. Participation is included in the exhibition ticket, please register at info@kw-berlin.de.

Secret Surface. Where Meaning Materializes is funded by the Kulturstiftung des Bundes (German Federal Cultural Foundation). With additional support of the Senate Chancellery – Cultural Affairs and the British Council.