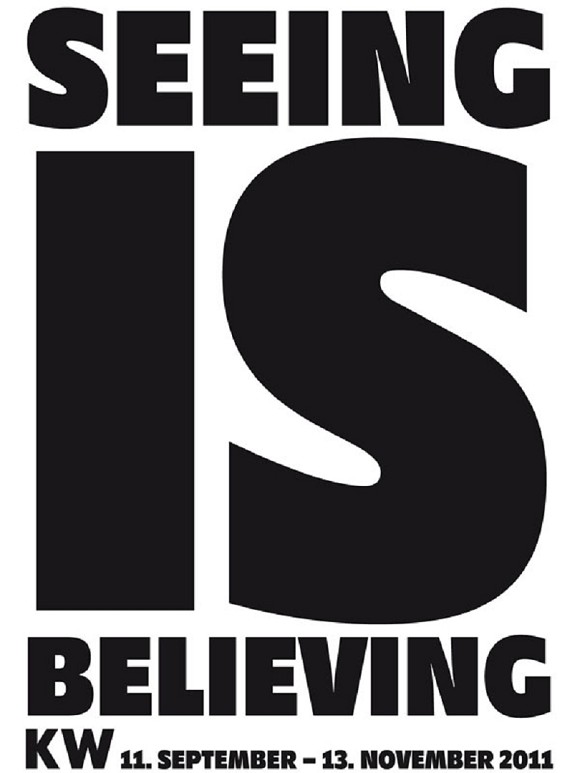 Images of terrorist attacks can be seen live, and within seconds they are dispatched via media portals throughout the world. In the UN Security Council a tapestry with the Guernica motif is veiled, and soon after a satellite photo is presented as a central argument to justify the war. Images of an execution are broadcast live to the White House, though no photos are leaked to the public.

Images spread instantaneously and appear to be the only evidence required to render an event credible and immediate. Seeing is Believing, and yet images still manage to overwhelm our imagination, our belief in reality. The realization that images are not merely the objects of a non-media reality but instead create their own realities has become an integral part of the ability to read contemporary images. The visual immediacy of political events, the politicization of images and their uncontrollable speed of circulation have led to intense reflection in contemporary art on the power and status of the image.

The exhibition is curated by Susanne Pfeffer.

With the generous support by the Capital Cultural Fund, Berlin.