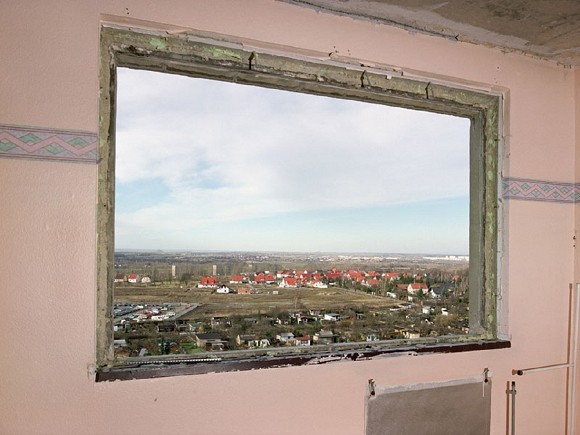 Cities are shrinking all over the world! Shrinking cities are a cultural challenge to us. In the Shrinking Cities project, architects, academics and artists investigate recent developments in Detroit, Ivanovo, Manchester/Liverpool and Halle/Leipzig - and make suggestions.

Shrinking Cities is a project (2002-2008) of the Federal Cultural Foundation, under the direction of Philipp Oswalt (Berlin) in co-operation with the Leipzig Gallery of Contemporary Art, the Bauhaus Dessau Foundation and the magazine archplus.

The first exhibition presents an international analysis of the phenomenon to a broad public. Processes of shrinking are illustrated in the examples of four urban regions - Detroit (USA), Manchester/Liverpool (Britain), Ivanovo (Russia), and Halle/Leipzig (Germany). Artists, architects, filmmakers, journalists, cultural researchers, and social scientists depict the changed reality of these regions in contributions to the exhibition. The themes range from neglect and the appropriation of spaces through changed practices in everyday life, survival strategies, and new forms of work to the development of innovative subcultures and criticism of existing planning cultures.

Since 2002, four local interdisciplinary teams study and document urban shrinking processes in the urban regions of Detroit (USA), Manchester/Liverpool (Britain), Ivanovo (Russia), and Halle/Leipzig (Germany). Each site stands as an example of a specific form of shrinking: In Detroit, the issue is the consequences of suburbanization; in Manchester/Liverpool, of deindustralization; in Ivanavo, of postsocialism; and in the greater Halle/Leipzig region, several of these factors are compounded.

The exhibition 1 Shrinking Cities at KW Institute for Contemporary Art aims to confront a broad audience with the topic by displaying the changed cultural reality in shrinking cities. Artists, architects, filmmakers, graphic artists, journalists, and cultural and social scientists have developed more than 60 works for the project. The themes the teams are dealing with range from the neglect and appropriation of spaces, through changed practices of daily life, survival strategies, and new forms of work, to the development of innovative subcultures and criticism of existing planning cultures.