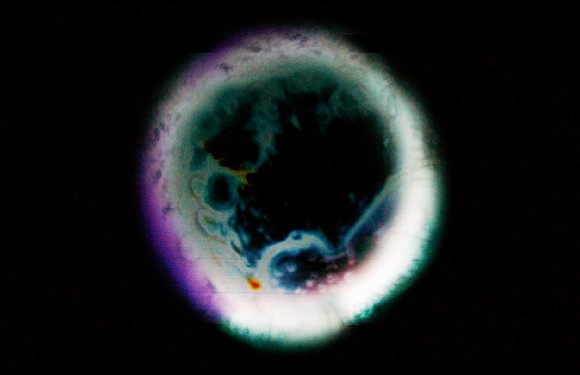 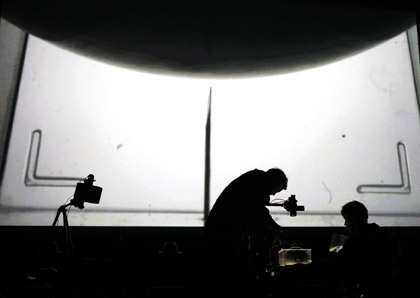 An evening with two trios:
Formed in 2001, Transforma is an artist group whose work collides live performance, art and music, and creates new audiovisual combinations and experiences. They worked with Apparat, creating the visuals for his theatre epic music War and Peace.
Panoptik, an emerging collaboration, experiments with analog and acoustic technologies and combines nostalgic images with new and digital media.

A series of modular stations with prepared objects, light boxes, interactive sculptures, and live cameras are used by the three players or 'operators' to create visual experiments which are projected directly onto the screen above them.

A loose narrative unfolds as a visual iconography which hints at mythologies of creation is instigated; lights emerge from the darkness on stage, 'mountains' are drawn from a tank of black liquid, organic forms appear as if seen through a microscope. Over time the visual language evolves into structures that suggest the existence of a more complex system.

The operators follow a ritualized choreography of interaction dictated by the soundtrack, which is partly pre-composed, partly generated live. These real-time manipulations of the onstage elements unfold into an experimental 'film' on the screen, and the audience observes an unusual parallel scenery, seeing a stream of images at the same time as the 'making-of' process of their production.

The group consists of three artists: Kris Limbach, Pierce Warnecke, and Yair Elazar Glotman. Together as Panoptik, the trio premiered in 2012 at FEED Soundspace for an immersive and unforgettable performance.