Outdoor Screening in the courtyard of KW 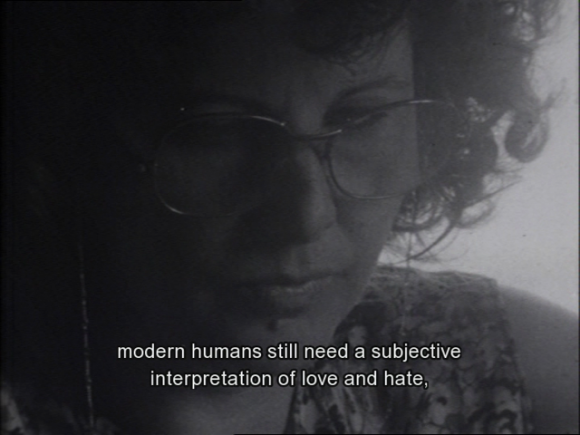 The discussion following April’s screening of Argument (a project by Anthony McCall and Andrew Tyndall) at KW has prompted a series of screenings over the coming months. Karolin Meunier suggested showing Scuola Senza Fine (“School Without End“,1983, Italy) by Adriana Monti, documenting a group of women telling their stories as a form of listening.

The film shows how social experiments (educational and filmic) extended into the lives of those taking part:

“The 150 Hours Courses were an educational experiment implemented in Italy beginning in 1974. Initially available to factory workers and farmers, it later expanded to include women. […] Scuola Senza Fine was produced in collaboration with these students as part of their studies for the class, turning the curriculum’s questions about the representation of women into questions about the representation of themselves. Adriana Monti writes in her introduction to the film: ‘After I had been working with a particular group of housewives for a year we started shooting the film almost casually, in 1979. I was able to get equipment free of charge and money to pay for the film was made available. […] For many women, rediscovering the mother/teacher relationship meant being able to express thoughts, which had often been undervalued or disregarded (most of the housewives attending the course had given up their education to go to work or had not been able to make use of the knowledge they had already, because they stayed at home after getting married). The opportunity to relive that relationship in a learning situation stimulated a very interesting kind of writing and thought.’” (Source: Cinenova Distribution, London)

The screening is part of Karolin Meunier’s participation in Prospectus: A Year with Will Holder: editing conversations with Italian speakers around an Italian-to-English translation of an exchange between Carla Lonzi and her partner Pietro Consagra. Lonzi played an important role in the feminist groups in Italy at the time when the film was made.