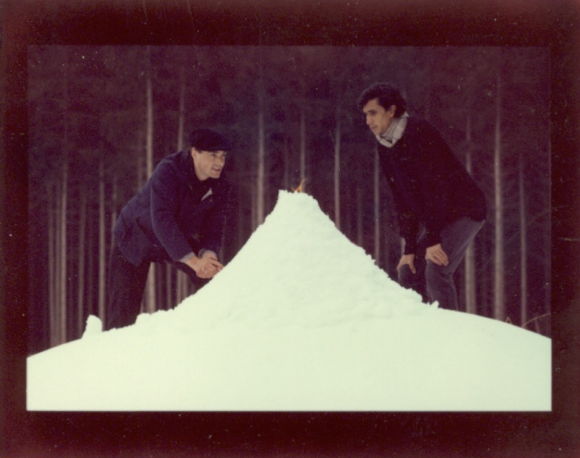 In 1985, Albert Hien, an exponent of the young German sculptor generation at the time, met Leonilson in São Paolo, where he represented the Federal Republic of Germany with a large-scale sculpture for the 18th São Paolo Biennale. Since this moment, the artists cultivated a deep friendship: they travelled together, exhibited together and created collaborative artworks. An extensive correspondence tangible attests of their friendship—Hien preserved all the letter, postcards and drawings sent to him by Leonilson. A selection of the intimate correspondence is on view in the exhibition Leonilson: Drawn 1975 – 1993.

As part of the accompanying digital program, Léon Kruijswijk, assistant curator of the exhibition, will speak with Albert Hien, who will recount their friendship through written fragments, images and artworks. The recollections will revolve around themes recurring in Leonilson’s practice, such as his own geography, his approach to writing, the creation of Moving Mountains, the meaning of numbers in his work, and his passion for collecting.

Albert Hien (born 1956, in Germany) is an artist and participated in documenta 7 (1982) and documenta 8 (1987). From 1997 to 2001 he was a professor at the University of Arts Braunschweig. Since 2011 he is a professor at the Academy of Fine Arts in Munich. Hien’s work has been shown in numerous solo- and group exhibitions and is represented by public collections like the Museum van Hedendaagse (MuHKA) Antwerp, as well as the Städtische Galerie im Lenbachhaus in Munich.