Venue: in the Courtyard, in case of rain the event will take place at 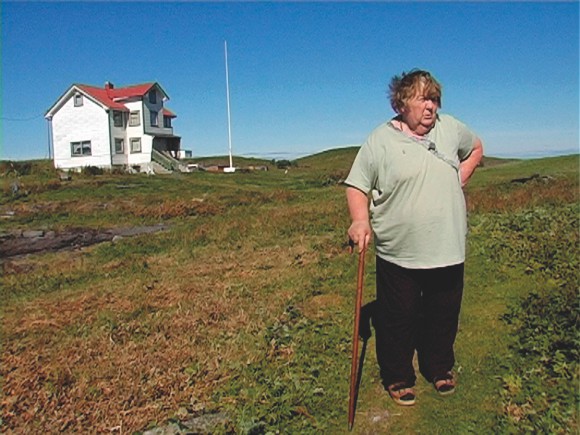 Sophie Macpherson and Tahani Nadim (Bureau for troubles) present Where Mountains Fall (2012) by the Norwegian artist and filmmaker Bodil Furu, as part of April’s screening of Argument.

The film explores the socio-historical entanglements of lives and landscape through the life stories of two coastal women: “The film Where Mountains Fall (2012) is an extended observation of two elderly women, former inhabitants of the Lånan and Hinskjæret islands in the Vega archipelago in Northern Norway. The islands had been cultivated for 800 years, and from the late 1940s to the late 1970s, the Norwegian government subsidised relocation to the islands. As the result of a more centralised settlement policy, the island were given up and are now only inhabited during the summer, for the purpose of tending the resident eider ducks and collecting their down feathers. […] The two protagonists of the film, Anne and Anna, return to the islands together with the filmmaker and recount the unwritten, idiosyncratic history of coastal women, explaining how they managed to get along in this environment, to navigate and survive it. Approximately 20 hours of footage were filmed during a six-year period. What was created during the editing process owes enormously to the trust of the heroines.” (Source: Madeleine Bernstorff in The Aesthetics of Investigation, 2012)

Bodil Furu (born 1976) is a Norwegian artist and filmmaker based in Oslo. In her work she investigates issues related to resource extraction and representation of landscapes, the fictional dimensions of documentary and complex narratives. Her most recent film Mangeurs du Cuivre (2016) examines the landscapes, histories and stakeholders of copper extraction in the Democratic Republic of Congo.

The screening is part of Prospectus: A Year with Will Holder.