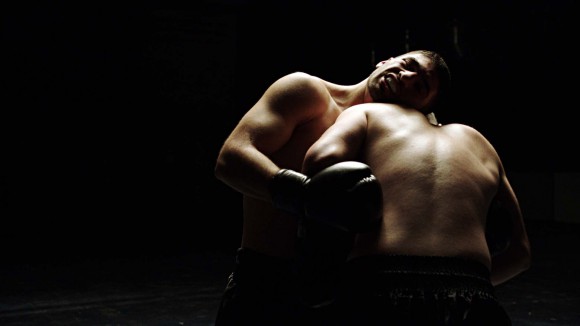 With photography, video, and sound Pola Sieverding investigates the physical body as bearer of historical narratives that shape a contemporary discourse on the social body. By defining the body linguistically; as an alternative to words, she exploits the classical ideal of the body as locus of pleasure and power. She is attracted to extremes and socialized emotions, something felt when the body switches between looking and being looked at, touching and being touched. Her images explore the body as an expressive element, the way we alter our behavior when we feel ourselves to be acting, performing of just being. The idea of portraiture in terms of an interpretive reading of the inscriptions of culture in the human body and of architecture as a constituent stage of performing, those inscriptions is a recurring moment in her work. Pola Sieverding is a visual artist working in the field of lens-based media. She lives and works in Berlin.

Gregor Hildebrandt is a Berlin-based and a well cross-linked artist in town. In his work he transforms conceptually the near-obsolete relics of recording technology—like VHS, cassettes, and vinyl records—into sculptures, paintings, photographs and installations. To make his signature paintings, Hildebrandt applies tapes directly to the canvas, making impressions with them before finally adhering the cassettes themselves.

For his recent exhibition in Tel Aviv, Hildebrandt has created a foresail and mainsail, made to fit a 12-metre sailing yacht. With this boat, he, a skipper, and a crew, sailed from Cyprus to Tel Aviv. The two black sails have been meticulously woven from the tape of cassettes. The songs recorded on these tapes are dedicated to travel, the sea and sailing, e.g. “Love among the Sailors” by Laurie Anderson, “Sailor Man” by Tocotronic, and many others.

Videoart at Midnight is an artists’ cinema project founded in 2008 by Olaf Stüber and Ivo Wessel. Once a month on a Friday always at Midnight, the two art enthusiasts invite artists to show their works on the big screen of the BABYLON film theatre in Berlin-Mitte district.

The program of The Berlin Sessions in December 2017 is a collaboration of KW Institute for Contemporary Art and Videoart at Midnight.