In conversation with Emily Smith, Marc Hollenstein, P. Kri, and others 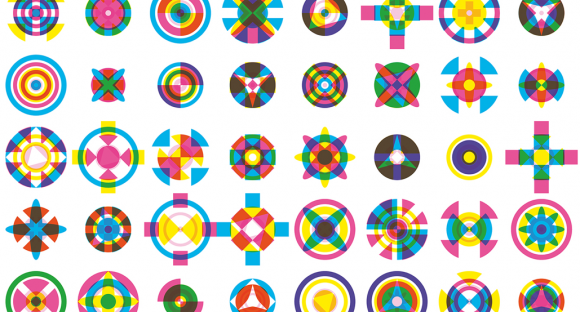 Qualifiers aside, Karel Martens is known quite widely for his work in graphic design, printmaking, and other timely artistic pursuits. A self-professed “human being” (in contrast with closed professional classifications), Martens’ extensive teaching over the past 40 years complements his personal creations. Having collaborated over past years with K,’s cryptic keeper, P. Kri, he comes now to Berlin to consider and question his own, constantly moving, practice. Joined by Marc Hollenstein, his former student and current designer of KW Institute for Contemporary Art’s institutional identity, as well as Emily Smith, Professor of Communication Design at University of Applied Sciences Europe in Berlin, Martens will query the crisscrosses and overlaps between contemporary art, design, and creative work.

Presented in collaboration with the Communication Design program at the University of Applied Sciences Europe.

When Karel Martens began studying art in the Netherlands in the late 1950s, “graphic design” did not exist as its own course of study. Today, he is recognized as one of the most important practitioners of the discipline, recognized for both his client-based and independent graphic, spatial, and time-based work. His accolades include the H.N. Werkman Prize (1993) for the design of the architectural journal Oase, the Dr A.H. Heineken Prize for Art (1996), the Gold Medal at the Leipzig Book Fair (1998), and numerous other distinctions. Martens’ experimentation with printing processes and graphic form over the past half century has influenced a younger generation of visual practitioners, as has his teaching at the Yale School of Art, Jan van Eyck Academie, and co-founding of the Werkplaats Typografie in 1997. Recent exhibitions include Van Abbemuseum, Eindhoven and Wilfried Lentz Rotterdam (2018); Kunstverein München and 019—Museum of Moving Practice, Gent (2017); and at P!, New York (2016).