Please note that this is a video installation that will run on a loop. Doors will remain open from 8.30 until 11 pm. 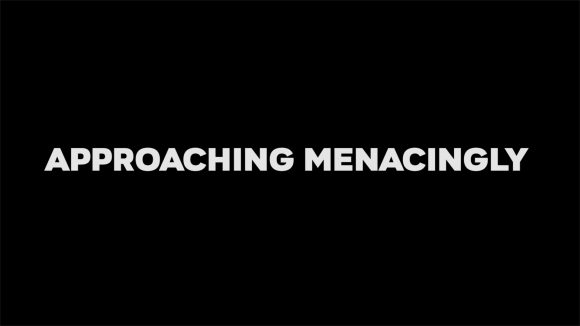 Lichtspiele presents the second installment of artist and curator Kat Anderson’s Episodes of Horror—a multi-part investigation into misrepresentations of black trauma and actual trauma as experienced by black people. This second Episode features the premiere of Gestures, an expanding visual glossary of the black body in horror films, as surveyed by Anderson.

“Gestures are always literal (an action is happening), but readings of an actor can at times be suggestive and subjectively understood,” says Anderson. “Consider the application of imagery associated with western readings and the depiction of horror used in real-life testimonies to describe the actions of a black person or the (perceived rational) reaction of white people to that black person.”

Gestures is a double-channel video installation that amalgamates acts related to pending danger. Comprising footage from the 1930s up to the present day, the work reveals the ongoing failure of dominant and ubiquitous Western representations to go beyond depictions of black people as mortal and societal threat to the white populace—either on screen or in real life. Even in attempts to escape dangerous situations, black people are still regarded as a threat by virtue of simply not wanting to die.

Kat Anderson is an artist, curator and producer from the UK. Anderson is interested in the politics of black diaspora, black trauma and mental health. Anderson was recently awarded a place on Beyond the Frame, a 22-month professional-development program convened by curator David A. Bailey and the International Curators Forum. From 2015–16, Anderson co-curated Jamaican Pulse: Art and Politics from Jamaica and the Diaspora for the Royal West of England Academy. Jamaican Pulse was an Art Council England National Portfolio project that comprised a major group exhibition of contemporary visual art from Jamaica, North America and the UK, as well as a series of artist residencies, and commissions. The project was developed in partnership with National Gallery of Jamaica (JM), Jamaican High Commission (JM), and the Bluecoat Art Centre, Liverpool (GB).

Episodes of Horror is supported by the Arts Council England and by the British Council’s Artists’ International Development Fund.