Due to COVID-19 restrictions, the capacity is limited. Reservations are therefore required in advance at reservation@kw-berlin.de. 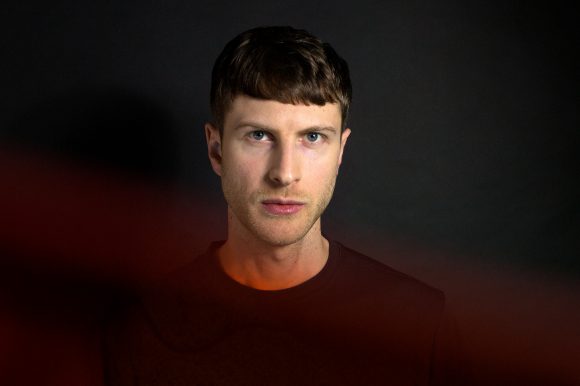 We are all inside this thing, but how? Contemporary life plays out within a disorienting technological landscape. Almost unimaginable in its complexity and scale, a man-made megastructure surrounds all of us, and often seems inescapable. How to map the coordinates of a human image, or agency, within it? Can what has been captured be freed? Such questions underpin a host of artworks that address the drama of loss (or recovery of self and knowledge) in the technocene. While forward thinking in agenda, they nevertheless deploy mythic tropes with longer histories in order to frame the stakes involved.

In time for Halloween, Nadim Samman’s lecture descends into hell, to survey an Orphic turn in art concerned with infrastructural critique: The myth of Orpheus tells the story of a musician and poet who charms his way into the underworld, to recover a love stolen away and imprisoned. At the birth of the modern world, this myth would become the basis of an initiatory cult exalting the status of the artist for their ability to cross thresholds between worlds and (re)capture knowledge. Today’s Orphic journeys foreground the functional texture of searching: The labor of finding one’s direction inside the thing—all the wrong turns, and right ones too—cutting fences; picking locks; crawling through gaps. Diving deeper into the megastructure in order to move beyond it.

In dialogue with Nadim Samman, techno producer and experimental composer Inland convenes a sonic reply—re-situating the lecture’s human voice, rhythm and argumentation within a digital audio-environment that speaks its own truth.

Inland (Ed Davenport) is a British producer, DJ and founder of Counterchange Recordings based in Berlin. His busy output stands for purist and inherently progressive rhythmic work; grounded in the romantic traditions of early Techno yet driven by a constant search for new ground, textures and studio-techniques. Known for his detailed and explorative techno releases on Counterchange, Infrastructure, and more, his debut LP on Ostgut Ton sub-label A-TON was released in September 2018. In recent years, Davenport has undertaken soundtrack collaborations with artists including Julian Charrière and Wermke / Leinkauf.

Nadim Samman, Ph.D., is Curator for the Digital Sphere at KW Institute for Contemporary Art. In his newly instated role, Samman will critically explore the expanded political and social landscape of digital systems through subversive and creative interventions. Orpheus and the Technocave marks the first event of his curatorial practice at KW.