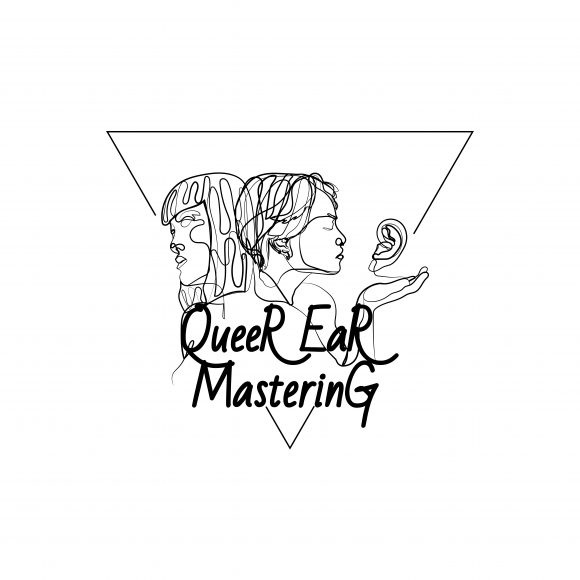 Queer Ear Mastering invites you to a Pogo Bar evening at KW with a talk and performances with artists that the studio has recently worked with: Audrey Chen, Nashi44, Sable, Sarah Farina and Spoke. In 2019, Tara Transitory and Nguyễn Baly founded the studio from the necessity to create a safer space for FLINTA+ (female, lesbian, inter, non-binary, trans, agender) and queer artists to have their music mastered. Within a short time frame, the studio has collaborated with many artists working with and across a wide variety of styles like eclectic pop, R&B, soul, experimental and electronic music, which only confirmed the necessity.

During the Pogo Bar evening, the invited artists will talk about their practices, the position of FLINTA+ and queer artists in the music industry, as well as about the effects of the lockdowns and pandemic on their work. The talk will be intertwined with performances by Audrey Chen, Nashi44, Sable and Spoke.

Audrey Chen (talk & performance)
Audrey Chen began her relationship with sound through the cello and voice over 30 years ago. For the past 18, her predominant focus has been her solo and collaborative works, joining together the extended and inherent vocabularies of the un-processed voice, cello and analog electronics. Since 5 years, she has shifted back towards the exploration of the voice as a primary instrument, delving even more deeply into her own version of narrative and non-linear storytelling. American born but currently based in Berlin, Chen has performed widely across Europe, North/South Americas and Asia.

Nashi44 (talk & performance)
Nashi44 is a Viet-German rapper from Berlin-Neukölln who recently released her first single. She has already made a name for herself with rap videos on Instagram and proved that she has both attitude and skills. The fierce MC has recently delivered a strong debut with “Aus der Pussy”. With political statements, humorous punchlines and melodic R&B vibes, Nashi44 wants to give strength and courage with her tracks, but is also keen on entertaining club bangers. Her first EP will be released in autumn 2021.

Sable (talk & performance)
Walking the line between Northern English romanticism and Berlin club culture, Sable is an electronic music producer, songwriter and vocalist with a focus on the everyday and the intimate. With delicate vocals woven into post-dub inspired beats, her songs look at small moments as a lens through which to address the personal and the political.

Sarah Farina (talk)
Sarah Farina is an international DJ, music producer and activist. She hosts her own club night Rec Room with DJ Uta, Kepler and LUZ1E. She is the smiling antithesis of genre cliques and sour scene elitists, and sprinkles positivity over the darkest bass. What you hear is all you need to know: her sets and music productions seamlessly blend bass-heavy frequencies and futuristic beats with fearless forays through the hardcore continuum and beyond. Inclusive, forward-thinking and unrestrained, it is a genre-rejecting style that she named Rainbow Bass. She is vocal about the issues of current club culture and runs the project Transmission with researcher Dr. Kerstin Meißner, which aims to make the political relevance and history of international sound, club and rave culture audible and visible.

Spoke (talk & performance)
Spoke are a music producer and sound engineer based in Berlin and are the founder of Slomo Studio (2018), a queer-friendly studio for music production and vocal recording in Berlin. Since 2011, they have been working as an independent producer and beatmaker with both independent and label artists from the LGBTQI+, Hip-Hop, Bass Music and Ambient Pop scene.

Tara Transitory
Since 2004, Tara Transitory has been working as an artist and a musician (initially under the moniker One Man Nation), producing sound works that crosses the definitions of performance, music and contemporary art, and explores a nomadic, trans artistic identity that defies the status quo of divisions and groupings imposed on us by modern societies and nation states. In 2020 she was an Artist-In-Residence at DAAD in Berlin.

Nguyễn Baly
Nguyễn Baly has been working at the intersection of sound and performing arts as a composer and sound designer as well as providing dramaturgical advise for sound and music in the field of theatre and dance. Concurrently, Baly is constantly developing her own projects which attempt to approach performance and experimental music from a postcolonial perspective.