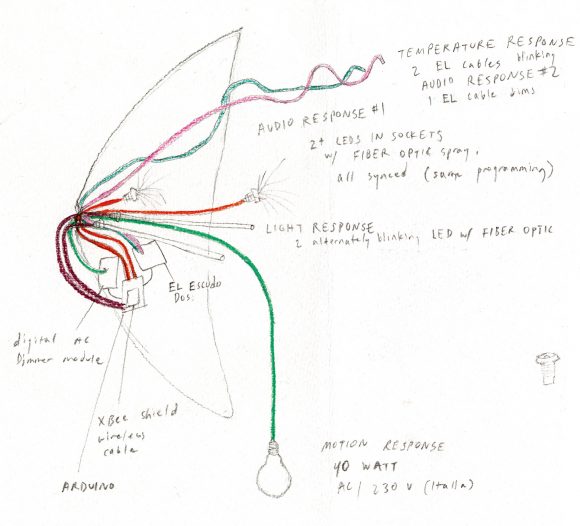 With their ensemble Sky Walking, Peter Kersten, Christian Naujoks, and Richard Schulenburg present a freely improvised performance that makes direct reference to the exhibits in the Archivio Conz. In addition to their idiosyncratic selection of instruments— which includes diverse synthesizers, a vibraphone, tapes, and a destroyed zither—the musicians also enter into a dialogue with selected artists’ pianos in the exhibition. The opening act, for example, includes a performance with George Brecht’s grand piano using ice blocks.

Sky Walking first came to life more than ten years ago in the scene around Hamburg’s Golden Pudel Club. Initially conceived as an evening for preventing a diverse spectrum of DJs, Richard Schulenburg, Christian Naujoks, and Peter Kersten soon went on to found an improvisation band, their own label, and a series of events, some of which were recently held at the Volksbühne and ACUD in Berlin.

Furthermore, Peter Kersten was also a founding member of the label Dial Records and is well known as an electronic music producer under his alias “Lawrence.” This year, he was a co-curator for the concert of Ellen Fullman & Konrad Sprenger at Archivio Conz.

Christian Naujoks works as a composer and visual artist and lives between Hamburg and Berlin. He has released three solo albums on Dial Records. Recently, he has started presenting performances and collaborations in exhibition contexts.

Richard von der Schulenburg is musician, composer, and co-organizer of the Golden Pudel Club, where he presents his genre-spanning DJ sets and unconventional solo live shows under the alias “RVDS.” He regularly performs with Ensemble Resonanz at the Resonanzraum in Hamburg.