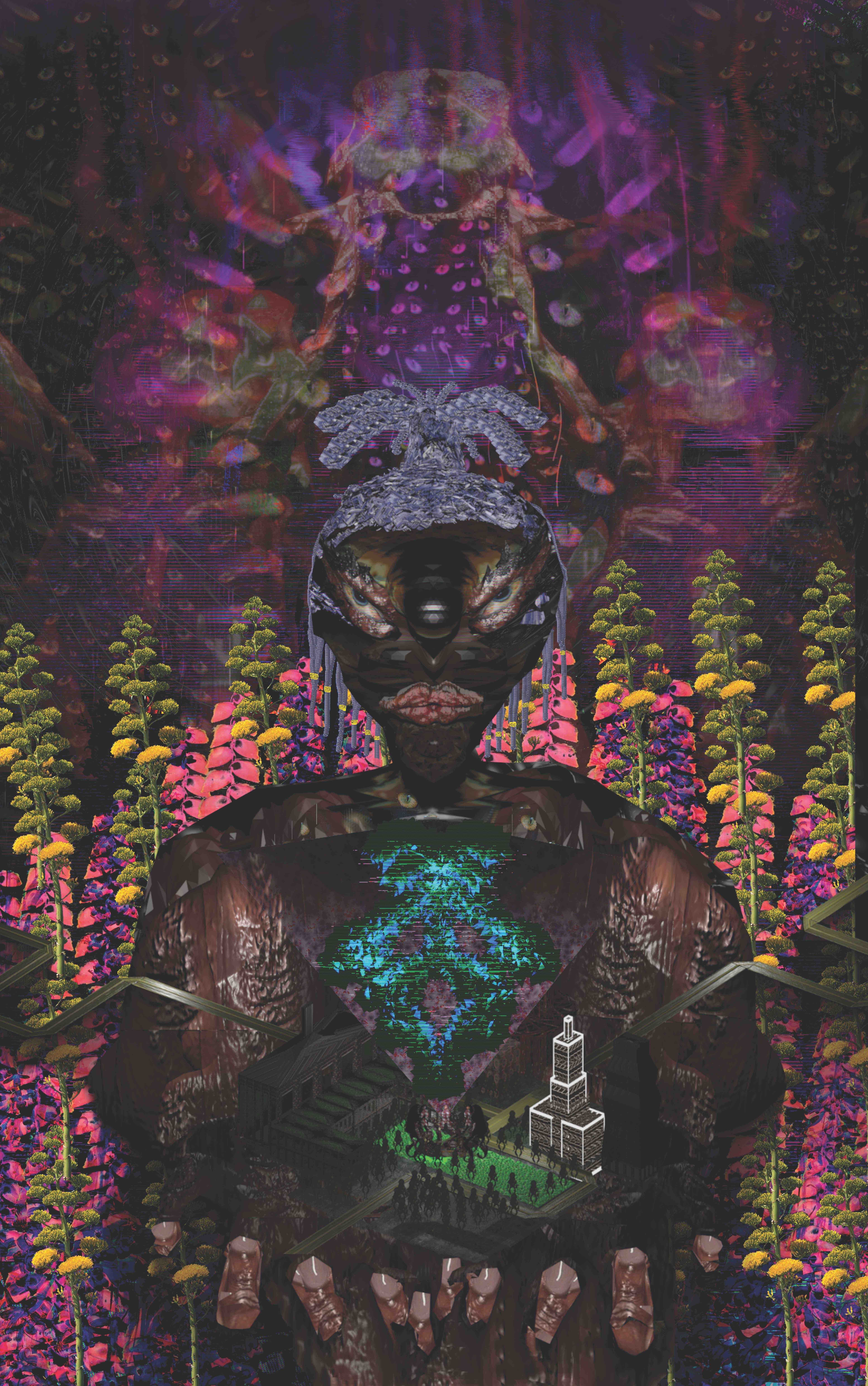 A science-fantasy novel set in Manchester, UK in 2080, Orion J. Facey’s The Virosexuals portraits a subculture that shares a desire to escape the broad algorithmization of our lives, bodies, and minds. Experimenting with virosexuality—the sexual attraction to transmitting and receiving STI’s—, the group around the main character Amygdala negotiates their bodies and desires while being faced with a virus sweeping the scene and the dangers and vulnerabilities of going off-grid.

Edited by Taylor Le Melle for their collaboratively run independent publisher PSS [with Daniella Valz Gen, Ima-Abasi Okon and Rehana Zaman], an excerpt of the book is here translated into a screenplay, accompanying its release. The characters meet during a watershed, cathartic moment of the novel. Voiced by PSS along with artists Jesse Darling, G, Christopher Kirubi, Natasha Lall, and the author Orion J. Facey. Soundtrack by KINDNESS.

The following is an excerpt from a conversation commissioned and published by Banner Repeater between Taylor Le Melle (T) and Orion J. Facey (O):

T: One of the minor characters, Stylbe, is, as I understand it, two people with one soul. They is also queer. The way you wrote this character, and constructed the queer social scene that they is a part of, was grammatically so nimble and delicate in terms of use of pronouns, noun-verb agreement, plural, singular. What was your strategy for that? What did you pull from? Were there any examples that you followed or did you have to make a lot of decisions on your own about how you would essentially morph English to fit their worlds?

O: Whilst I was writing the book, some of the other characters in the novel went through various edits, including changes to the pronouns that they use. Whilst I was changing the pronouns of characters one by one, it would often create these cases where there was grammatical non-agreement with genders (She picked up her cup and then he drank from it). A similar thing would happen when I changed the agent of an action from a group to an individual. I found these syntactic glitches interesting and wondered if they could be exploited to represent a queer identity that fluctuated on a quantum scale, and I decided that Stylbe (who already existed in the novel by this point) would be a good characters to use for this experiment.

PSS is a publisher of printed material.

Orion J. Facey is a writer of science-fantasy and a textile artist.

Banner Repeater is an Artist-led contemporary art space: a reading room, and experimental project space, founded by Ami Clarke in 2010.

Special thanks to Ami Clarke at Banner Repeater.